Astrologer and Holiday Goddess Handbag Guide editor Jessica Adams  looks at the art of travel astrology and the horoscopes of your most popular holiday destinations. Which vacations suit you best, according to the stars? 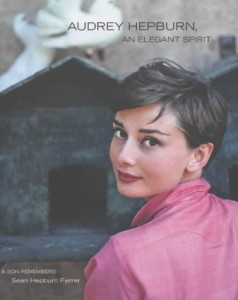 Audrey Hepburn (left, featured on the cover of the biography An Elegant Spirit) was born under the sign of Taurus. That makes her compatible with Italy – no wonder she is forever associated with Rome, in both her films and her personal life.

In astrology, your star sign (sun sign) is decided by your birthday. It’s the same with entire countries – the foundation date of America, England, Australia and other nations marks the ‘birthday’ and thus the zodiac sign of each place. And they all vibrate with you – or not!

Astrologers rate your compatibility with people according to birth signs, and it’s the same with particular countries too. If you’re an Aries, for example, you may feel completely at home in Australia, which is an Aquarius country. Those two signs blend well together, which is why living there, or taking a vacation there, feels so right. Travel astrology suggests where you should go, to feel most at home. Which places are a good fit with your sign?

Curious about why you hated going to some places, but loved others ? Here’s the scoop on some of Holiday Goddess readers’ favourite destinations.

AUSTRALIA – AQUARIUS
Officially founded on 7th February 1788, like all Aquarians, Australia is famous for her groups, teams and tribes. Her swimming and cricket teams are world-renowned and her Aboriginal heritage is proud. If you were born under the signs of Aries, Gemini, Libra, Sagittarius and Aquarius then just being in this country helps you shine. It allows you to feel at home in your own skin.

CANADA – CANCER
Canada has two foundation dates, 1st July 1867 and 3rd July 1608 but in both cases, she is a Cancerian. If you were born under the signs of Taurus, Cancer, Virgo, Scorpio or Pisces then your identity, and Canada’s, blend smoothly together. You will never be invisible here, no matter if you are travelling or in residence. Feeling a stronger sense of ‘me’ seems to happen effortlessly here.

CHINA – CAPRICORN
There are four different horoscopes for China but the Olympics there gives us the clue – this event lines up perfectly with the 25th December 1947 chart, which makes this huge nation a Capricorn. Chinese astrology is very different to Western, but if you were born under the signs of Taurus, Virgo, Pisces, Scorpio or Capricorn then this country clicks with you. Even Chinese food will do it! 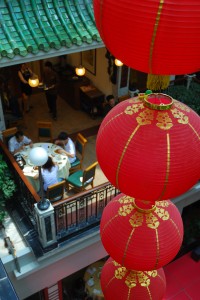 Chinese food may be written in your stars…

FRANCE – LIBRA
There are eleven different horoscopes for France, which (thanks partly to the French Revolution) has been through more identity changes than most nations. The latest and greatest version of this romantic country was ‘born’ on 6th October 1958, making her a Libra. If your sun sign is Gemini, Aquarius, Leo, Libra or Sagittarius then you have special chemistry with this nation.

GERMANY – LIBRA
Another country with several incarnations! Germany was ‘born’ under Libra on 3rd October 1990 when East and West found balance at last. This is fitting, as Libra is the sign of partnership (in France it manifests as a strongly romantic culture). Maybe you should visit both countries together if you were born under Gemini, Aquarius, Leo, Libra or Sagittarius.

ICELAND – SAGITTARIUS
The 1st December 1918 horoscope for Iceland makes her Sagittarian. This is the sign of the internet, publishing, international travel and academia. This sophisticated, globally connected nation will click with you if you were born under the signs of Aries, Leo, Aquarius, Libra or Sagittarius itself.

INDIA – CAPRICORN
Capricorn is the sign associated with strictly layered societies, usually based on the class system or other rigid groups. China is one example. India is another. She was ‘born’ on 1st January 1877 and if you are a Taurus, Virgo, Pisces, Scorpio or Capricorn then your astrological vibrations match.
ITALY – CANCER
Cancer is the sign which rules mothers (and mamas) and food. It also rules family life and intense patriotism. Italy, the home of pasta and matriarchy, was founded on 2nd July 1871. If you were born under the signs of Taurus, Cancer, Pisces, Virgo or Scorpio then this might just be the best place for you to visit, or live in.

JAPAN – AQUARIUS
Japan is an Aquarius country, like Australia, which might explain why the two have a special relationship (sushi is one of Japan’s greatest exports to Australia). It was founded on 11th February 1889 and if you were born under the signs of Aries, Gemini, Libra, Sagittarius or Aquarius then you’ll shine when you’re in Tokyo.

NEW ZEALAND – LIBRA
Like France and Germany, another Libra country. This is the sign associated with the scales and partnership, and thanks to the ANZ (Australia and New Zealand) bank and also the ANZAC treaties of the past (Anzac Day celebrates them) this country’s partner is obvious – it’s Australia. Gemini, Leo, Libra, Sagittarius and Aquarius people click with Auckland and Christchurch.

PAKISTAN – ARIES
The Pakistan horoscope is set for 23rd March 1956 when she was reborn under fiery, energetic Aries. The new republic was created with a thirty-one gun salute. If you were born under Aries, Gemini, Leo, Aquarius or Sagittarius then Pakistan’s Sun in Aries aligns with your own sun sign.

RUSSIA – SCORPIO
Scorpio is the sign associated with power and money – and both capitalism and communism. Russia in her Bolshevik phase was born on 7th November 1917. If you were born under the water and earth signs Taurus, Cancer, Virgo, Capricorn or Scorpio then you may find the Kremlin rings your bell. There is also another version of Russia, born on December 25th 1991, which makes her a Capricorn – also compatible with most signs above.

SINGAPORE – LEO
The Singapore horoscope is set for 9th August 1965 which makes her a Leo. She has a lion on her coat of arms – and a tiger on the other side! It’s known as the Lion City. If you were born under the signs of Aries, Gemini, Leo, Libra or Sagittarius then Singapore is the right place, astrologically, to travel to or work in. 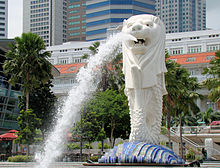 SPAIN – AQUARIUS
Another Aquarius country like Japan and Australia, which are hugely popular with visitors. Spain was founded on 19th January 1479 and is well-known for her feminism (feminism is associated with Aquarius which may be why Australia also recently had a female Prime Minister). If you’re born under Aries, Gemini, Libra, Sagittarius or Aquarius it’s a click!

THE UNITED KINGDOM – CAPRICORN
There are a large number of birth charts for the UK but 1st January 1801 describes her best – Capricorn. The ancient class system (the mountain goat climbing to the top of the mountain) and so are her two current female superstars, Kate Moss and Kate Middleton…also Capricorn. You’re compatible if you are Taurus, Virgo, Scorpio, Capricorn or Pisces. 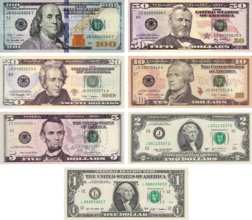 Scorpio rules capitalism and the USA too.

America wasn’t officially born on the 4th of July. Confederation happened on 15th November 1777, making her a Scorpio. She’s all about power and money, like Russia. One is the centre of capitalism, and one used to be the world centre of communism! You click with the USA if you were born under the signs of Cancer, Virgo, Scorpio, Capricorn or Pisces.

Jessica Adams is the Editor of  the #9 Australian travel bestseller, The Holiday Goddess Handbag Guide to Paris, London, New York and Rome (HarperCollins). She is the astrologer for Harper’s Bazaar online and Cosmopolitan magazine in Britain. In New Zealand she is the horoscope columnist for Sunday magazine and in Australia, The Australian Women’s Weekly.