"The historic dinner gala heralded the 50th anniversary of Vegas’ most legendary casino resort, and was attended by 3,000 of Caesars’ closest friends: VIPs, executives and lifelong employees." 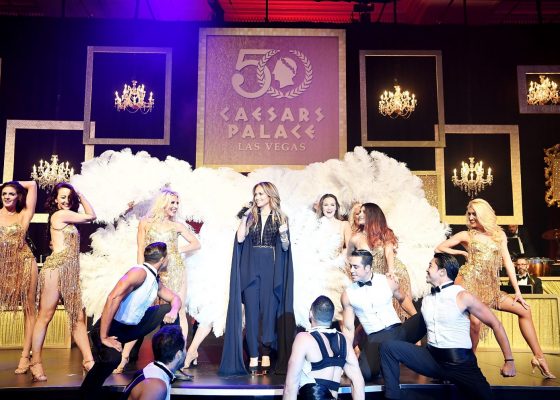 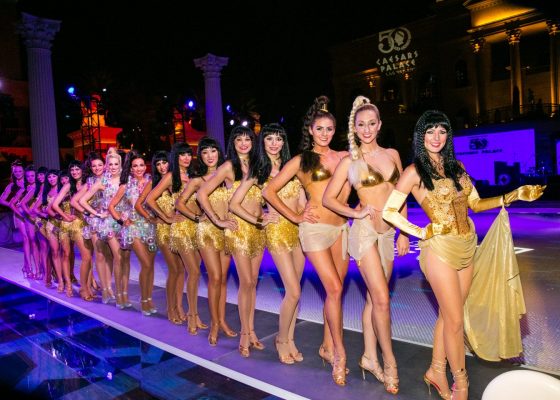 In a sense, the star-studded birthday spectacle was just business as usual at Las Vegas’ glitzy Caesars Palace where epic events are as common as Sin City’s slot machines and swizzle sticks. And I had (nearly) a front row seat for it all, complete with opportunities to take a selfie with Bill Medley and gossip with “Lifestyles of the Rich and Famous” host Robin Leach. The historic dinner gala heralded the 50th anniversary of Vegas’ most legendary casino resort, and was attended by 3,000 of Caesars’ closest friends: VIPs, executives, lifelong employees, star-struck me, and the family of founder Jay Sarno, the gutsy visionary who took an enormous gamble by opening the world’s most luxurious casino resort in a little desert town called Las Vegas, back in 1966.

“Everyone who steps through these doors is Caesar,” Sarno is famous for saying about the grandiose yet inviting property, filled with Romanesque columns, fountains, and giant statuary. In the swinging ‘60s, it instantly became the burgeoning city’s most dynamic resort, attracting the most notable headlining entertainers, such as Frank Sinatra, Sammy Davis Jr., Cher, and Tony Bennett.  World-class sporting and daredevil events upped the ante, from Muhammad Ali prizefights to Evel Knievel motorcycle stunts, tennis classics and ice skating exhibitions to Wrestlemania. Hollywood repeatedly acknowledges Caesars Palace as the quintessential symbol for Las Vegas in more than 30 films, including “Rainman,” “Rocky V,” “The Electric Horseman” and, most notably, “The Hangover.” You can even book the actual two-story Hangover suite here – though Bradley Cooper, Zach Galifianakis, and Mike Tyson’s tiger are not included.

Caesars Palace set the standard for the Las Vegas experience and became an iconic brand by continually transforming. That reinvention is evident in the resort’s latest metamorphosis as a multi-faceted entertainment, dining and shopping megaplex. It built new guestroom towers in 1970, 1974, 1979, 1997, 2005, and 2012, and opened the first Nobu Hotel in 2013. Caesars Palace began with 680 guestrooms, but today has more than 3,980 rooms and 630 suites and villas, and introduced the hotel-within-a-hotel concept with the Nobu tower. I was impressed by the private check-in desk and unexpected serenity of my zen-chic room, located directly above the Nobu restaurant, right in the heart of the action just a few floors below.

Speaking of Nobu, the USA’s holy grail of sushi, Caesars is almost single-handedly responsible for establishing Las Vegas as one of the world’s great dining capitals. It hosts the annual Vegas Uncork’d by Bon Appetit food festival, and convinced a fleet of international culinary superstars to open restaurants at the resort. First, Wolfgang Puck opened Spago in 1992, followed by Bobby Flay, the sensational Guy Savoy, Francois Payard, Gordon Ramsay, Nobu Matsuhisa, Brian Malarkey, and Michael “Mr.” Chow.  “Las Vegas has become as important as Paris or New York or London,” said Ramsay who attended the 50th anniversary gala, hosted the weekend’s fireworks spectacular in the 4.5-acre Garden of the Gods Pool Oasis, and enthusiastically talked about the opening of his fourth Vegas restaurant, Gordon Ramsay Fish & Chips.

Through the years, Caesars also transformed the Vegas entertainment scene by opening the colossal DJ nightclubs Pure (R.I.P.) and OMNIA, where I caught a beat-thumping set by The Chainsmokers from a private, velvet-roped balcony “suite” above the packed dancefloor. More my speed is the $95 million, 4,300-seat Colosseum, the most impressive concert venue I’ve ever seen. It boasts one of the world’s largest LED screens and the world’s very best array of resident headliners including superstars Celine Dion (who the venue was specially built for), Rod Stewart (my favorite show moment: when he kicked soccer balls into the audience balconies), and Elton John (having a ball playing his hits on a million-dollar piano). 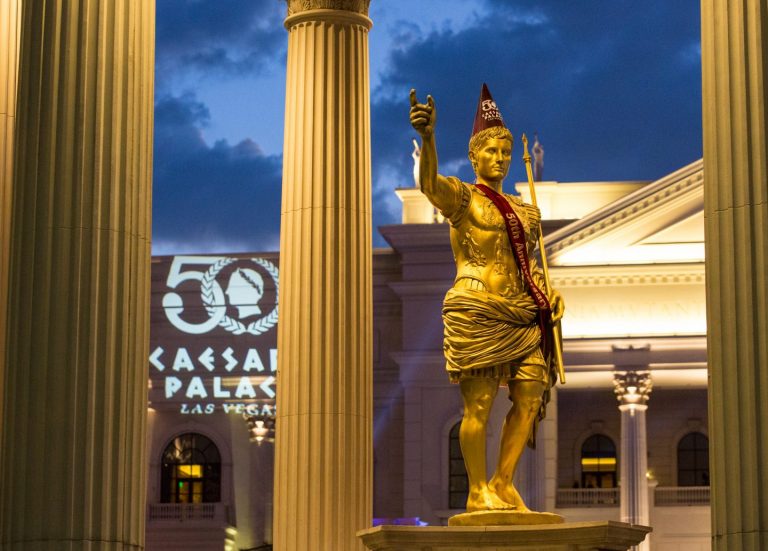 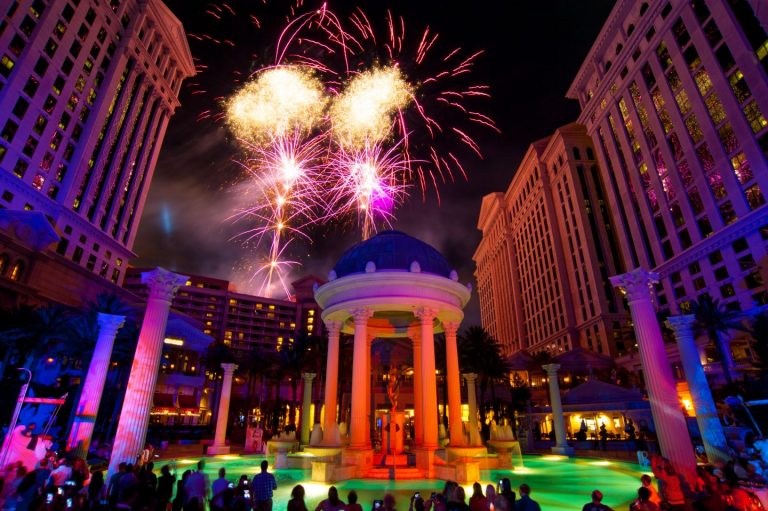 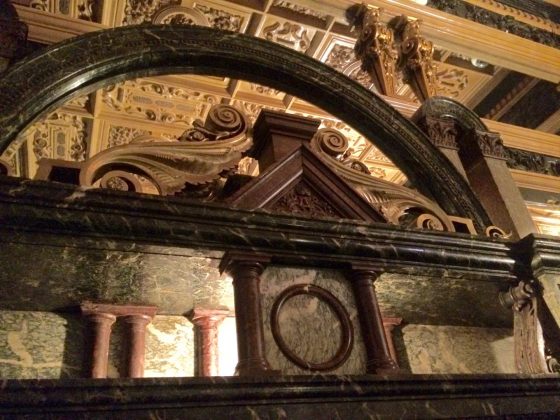 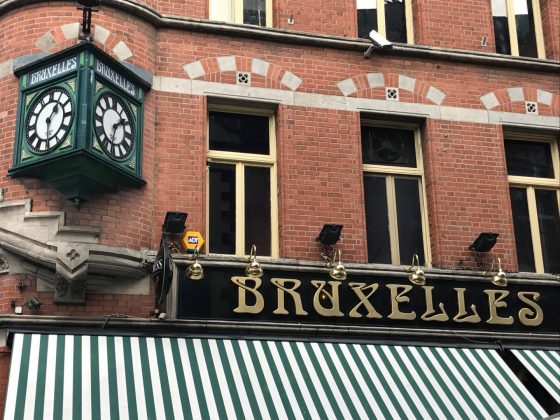 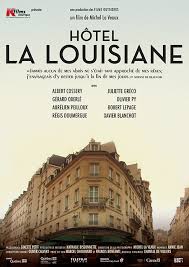 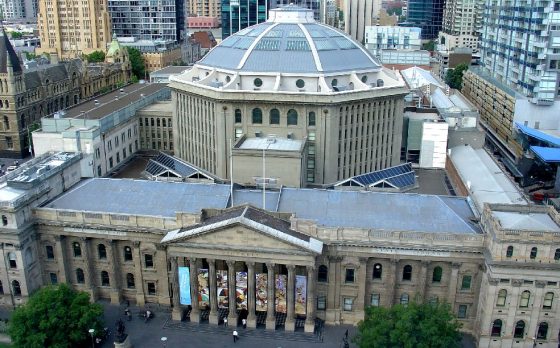 Melbourne: The Library That’s a Bar