Dubai: The highest High Tea in the world (aka ‘Posh scones in the sky’)

"The Lounge is all ambient gorgeousness and understated elegance. Gracious waitstaff glide across the floors to show you to your table, which is hopefully right up against the floor to ceiling windows overlooking the gobsmacking view of Dubai and beyond." 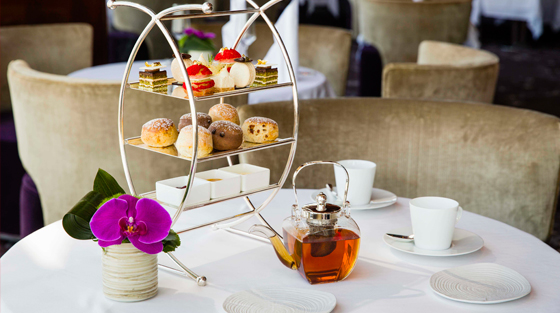 Dubai’s luxury afternoon tea scene has a new contender for crown of Best Posh Scones. Burj Khalifa, the world’s tallest tower, is offering sky high tea elegance on it 122nd storey… but is it good enough to knock the Burj Al Arab off its sumptuous perch?

The taking of afternoon tea is a wonderfully indulgent and girly affair. Everything’s all dainty and elegant and petite. Little silver teaspoons are used to stir cubes of sugar into tea served in the kind of delicate bone china cups that grandmas keep in glass cabinets; your waiter wears white gloves and may even bow at the waist.

An afternoon tea outing is one of those times when matching your shoes with your handbag is a good thing. This is twinset and pearls land, the world of eensy weensy sandwich fingers, teeny cakes, and melt-in-your-mouth scones – served warm along with thick clotted cream and strawberry jam that’s got lumps of real strawberries.

Afternoon tea is a time to linger for hours gossiping and gorging oneself a bit… because the only thing about this liquid affair that isn’t ‘dainty’ is the capacity of the women gathered when it comes to consumption of the darling little scones piled with cream and jam.

In Dubai, the notion of afternoon tea is taken very seriously in certain circles. The main contender until recently was the Burj Al Arab, the iconic sail-shaped hotel with the erroneous reputation for being the world’s only seven star hotel (it’s not, there’s no such thing). The Burj Al Arab does a mighty afternoon tea. It’s a languorous affair of endless tea, scones, sandwiches and cakes in surroundings of shameless opulence and luxury.

But now there’s a new kid in town and they have a hook that’s hard to beat; the highest high tea in the world.

Sitting up in the clouds on the 122nd floor of the famous Burj Khalifa, officially the world’s tallest building, is a new contender for the crown of best afternoon tea.  This new venue, called The Lounge at At.mosphere, opened in January 2011 giving ordinary folk the chance to eat posh scones in the sky. Does it though, give long-time favourite Burj Al Arab a run for its money?

Figuring there’s only one way to find out and always looking for an excuse to spend hours drinking tea and gossiping, myself and a friend put on our frocks and headed to Burj Khalifa for some unofficial scone reviewing.

First, there’s the process of getting up to the 122nd storey of the world’s tallest building. Happily, they’ve also got the world’s fastest elevators but the journey still takes a few minutes because, well, it’s a long way.

Once up there, the Lounge is all ambient gorgeousness and understated elegance. Gracious waitstaff glide across the floors to show you to your table, which is hopefully right up against the floor to ceiling windows overlooking the gobsmacking view of Dubai and beyond.

So, what’s on the menu? First up comes a serving tray filled with scones, clotted cream and lemon curd (the lemon curd was amazing).

Next course is the sandwiches which include cucumber with cream cheese and caviar; organic salmon gravalax with horseradish mousse, and egg mayonnaise with truffle and caviar.

After that is the ‘warm’ course, you choose from either poached quail eggs Florentine or chicken and mushroom quiche. The serving sizes are smaller than the palm of your hand.

Then come the teensy little desserts, mouth-sized bites of deliciousness such as apricot and sweet almond pudding; salted caramel éclair, and chocolate and lavender Mille Feuille.

So how does the highest High Tea in the world compare with the world’s only so-called seven-star High Tea?

The Burj Al Arab had better service and pulls off the whole ‘air of elegance and luxury’ with shedloads more aplomb than the Burj Khalifa. Also, the Burj Al Arab’s waitstaff were much more polished and experienced and perfectly attentive. Most importantly of all though, the Burj Al Arab will keep the scones, cakes and so on, coming for as long as you can find stomach room for them!

Au contraire at Burj Khalifa where myself and my friend were left rather aghast at being politely but firmly told, ‘I’m sorry but no’ when we asked for more sandwiches, having scoffed the initial five finger-sized portions like gannets.  “It’s just one serving per table Madam.” [gasp!]

In addition, the Burj Khalifa didn’t have any soy milk. So, all up the Burj Al Arab is still King of the High tea in our book, having said that the one thing Burj Khalifa has that can’t be beat is its lofty location.

And considering At.mosphere is just two storeys below the At The Top observation deck, which is the highest point people can travel up the world’s tallest tower, it’s probably better value for money and get afternoon tea thrown in with your panoramic view as opposed to paying for the view alone on the observation deck. 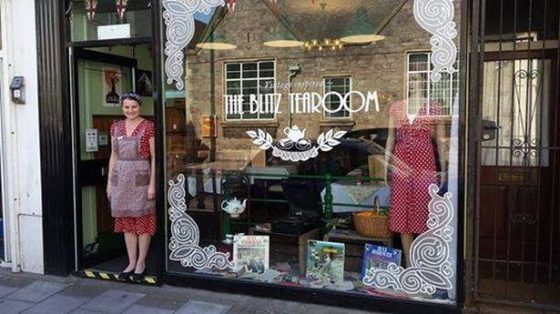 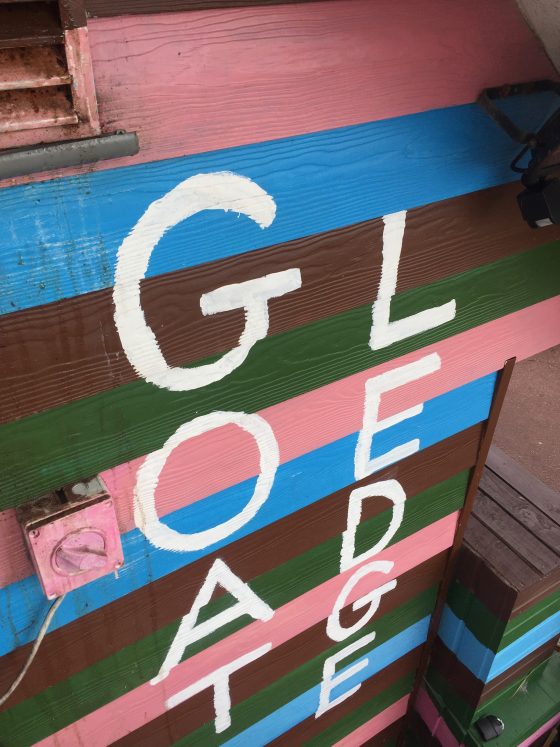 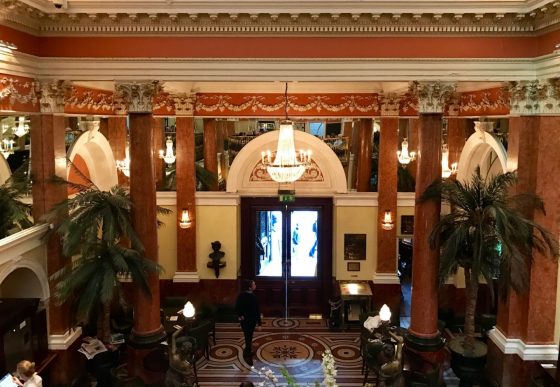